Imagine Holidaying in a tiny Village in Piemonte 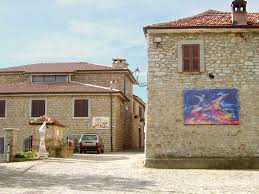 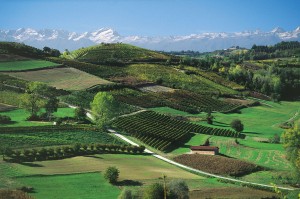 Imagine holidaying in a tiny village in Piemonte

The smallest in the Cuneo province of Italy, where the population is only 80 and all there is in the village is a post office, hotel and restaurant. You are surrounded by the most beautiful landscape in the world, rolling hills, the peaceful valleys and absolute peace. It sounds like something from a fairy-tale, but it is absolutely true, there really is such a place.

The enchanting medieval village of Bergolo stands at 616 meters above sea level on the crest of one of the Langhe hills in the Piemonte region and overlooks the picturesque Bormida Valley on one side and the Uzzone Valley on the other side.It is 70km south of Turin and is totally unspoilt as it is not over-run by tourists.

Known as The Village of Stones as you enter the village you will see sandstone buildings in varied colors, paved roads and ancient walls. Even getting there is a beautiful experience as you drive up from Cortemilla, 9km away,passing through hazelnut plantations on the way. As you turn off the main road into Bergolo you will see even the newly-constructed roundabout has a sculpture in the center created by Genoese Enrica Bixeo.It is called The Contrast and welcomes you to the village.

You will find just one street which is flanked by a very pretty collection of medieval houses and the Church of the Nativity of the Virgin Mary was built between 1632 and 1634 and has a magnificent altar piece. Not far from the church is Dei Battuti a former religious building that has now been deconsecrated. It isnow Bergola’s town hall and the only indication that it was ever used for religious ceremonies is the canvas depicting a Madonna with child between Saint Anthony of Padua and Saint Sebastian which hangs in the entrance hall.

An unusual monument unveiled on August 8th 2003 in memory of the American poet Ezra Pound stands on a ridge.It comprises 9 stones painted by the artist Beppe Schiavetta which are set in a circle on a green lawn.It is supposed to bring peace to everyone who visits the monument.

You can find bed and breakfast accommodation in Bergolo or just outside at the Villa Bergolo and if you prefer Agriturismo (farm accommodation) that is available too.

Bergolois not just about peace and quiet.There are several hiking and biking trails from the village where you can explore the lovely countryside and at Villagio Erica,near Bergolo a new leisure center has opened.Set in its own gardens on a 20,000sq m site there is tennis,football,swimming,gym,solarium and a picnic area as well a restaurant and bar overlooking the surrounding mountainous scenery. So you don’t have to Imagine holidaying in a tiny village in Piemonte any longer..